In 2000, the international Argo observational program was launched by the IOC and WMO to observe the global in situ ocean temperature and salinity, in order to monitor the ocean's variability and understand its role in climate. To reach this scientific goal, the pre-requisite was to provide in near-real time profiles of ocean state parameters every 10 days for each 3x3 degrees area of the global ocean. This corresponds to about 3000 floats operating permanently at sea (Riser et al., 2016).

Given the technology of the autonomous profilers available at the beginning of the programme in 2000, the parameters were limited to temperature and salinity, and the sampling depth was limited to the first 2000 metres of the water column. Finally, the study area was limited to the open ocean. It took the international community about 8 years to achieve this goal (from 2000 to the end of 2007).

Then, more than a decade later (2018), more than 2 million quality-controlled profiles have been delivered, producing the largest number of profiles ever in the history of oceanography in a decade. In addition to the significant increase in the amount of high-quality data, historical sampling biases in the northern hemisphere and coastal areas have been greatly reduced, making monitoring of the global ocean much more consistent. Argo also has rectified a major seasonal bias in sampling, particularly in the polar oceans. It is therefore not surprising that the Argo programme is now the backbone of the in situ Global Ocean Observing System (GOOS), revolutionising our view and understanding of the ocean in unexpected ways day after day.

The objective of the Argo programme has been revised in 2019 to respond to the strong scientific challenges of studying ocean evolution and climate change, in particular the questions raised about the role of the deep ocean on the planet's heat balance, ocean deoxygenation and physical-biogeochemical couplings. The new objective of the Argo programme is to set up a global, surface-bottom, interdisciplinary ocean observation network using drifting autonomous profiling floats (3°x3°, 10 days). This new definition was made possible by technological developments and pilot experiments conducted in France (Equipex NAOS, ERC Remocean, CPER CREST Argo 2007-2014 and Euro-Argo 2015-2020), which demonstrated the scientific interest and technical feasibility of extending Argo's missions to biogeochemical parameters (oxygen, chlorophyll-A, particulate organic carbon, nitrate, pH and irradiance), to great depths (beyond 2000 m), and to high latitudes (including under the ice). 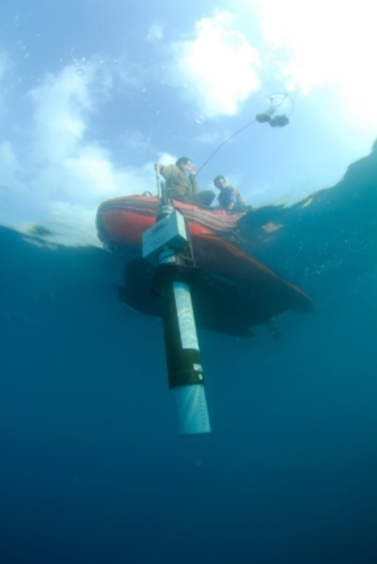 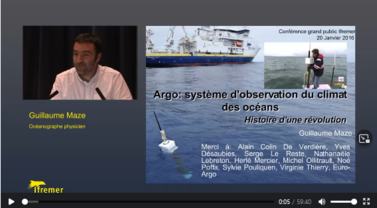